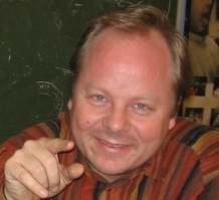 Well, I had to attend reboot 9.0, but because of work, I didn’t really catch any of the (scheduled) talks/conversations/whatever, but who cares, it’s also about networking, renewing friendships etc.

What I did catch was great however, especially Human Lessons From Generative Art was really great, and the new technology that makes it possible to render in 3D, is awesome. I was a bit surprised that Marius Watz forgot to mention Mozart as a master of generative art, the myth – I believe confirmed – is that he used an algorithm to generate menuets, making it possible, still, to create original Mozart works.

I was also surprised that Marius, of Norwegian descend, hadn’t heard about the Norwegian digital artist Ann Lislegaard. Ann Lislegaard is currently (until august 7th 2007) displaying her great installation Crystal World at Statens Museum for Kunst – and it’s highly recommended.

The concept of generative art, made me imagine the next (several) level(s):
What if we could preserve the “sprit”, in the form of algorithms, of the creative geniuses for posterity.

“We may say most aptly that the Analytical Engine weaves algebraical patterns just as the Jacquard-loom weaves flowers and leaves”.

I left the venue at 30 past midnight, pleasantly buzzed, now looking forward to day 2.