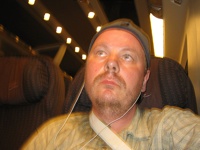 Accept my sincere apologies for spamming you with Zorpia invites

Zorpia is a spam-trap, so please DON’T register with the service.

I know that you used to trust me, but you shouldn’t trust me this time. Zopia are terrible people, but sometimes good things come from bad, so:

There are lessons to be learned from this, some of them actually not bad.

1. First, never ever give out you webmail password to a service, under ANY circumstances
2. Second, e-mail is dead
3. Third, there are “Angels” and “Demons” lurking in your webmail

If it feels right, it is right

I feel that I need to give you the story behind why I did such a stupid thing, as giving away my Gmail password to a service. Something I KNEW was wrong, and I had received several Zorpia invites before, and wisely ignored them when they asked for my Gmail password.

So what was different this time? Well I was not in my right mind!

A month ago I was on vacation in Italy, and it moved me profoundly. It was my first trip to Italy, but I ended up loving Italy so much that I wanted to stay, and I actually found my self holding my hand over my heart in a square in Ravello, while listening to the Italian national anthem being played by a marching band.

Italy is a very spiritual place, filled with symbolism, and since I’m very tuned to what I’d call spiritual frequencies, I was overwhelmed by religious feelings. I KNOW it’s just my mind playing tricks on me, but I sort of became a believer, taking the communion three times on a Sunday in Rome for instance. A Catholic mass in The Pantheon in Rome should be on anyone’s list of things to do before they die.

When I got home from Italy, there was an invite to join Zorpia from a man I met in Cairo three years ago, and if Italy is a spiritual place, you should try to go to Egypt…So I thought, WOW that must be a sign from God herself, so I clicked on the invite, and then I did something I’d never do, first I gave Zopia my Gmail password (!!!) and then I accepted Zorpia to check if my friends were on Zorpia, I clicked OK, and didn’t really give any it thought, meditating on my old motto “If it feels right, it is right” – well it WASN’T!!!

A few moments later an angry mail from someone I had basically ignored arrived. I had promised to take care of a matter for them, and they were pissed. Hmm something was wrong, but it actually meant that I finally took care of the matter.

Then this presence message showed up on Jaiku:

got an invite for Zorpia from friend Kim. Thanx.

I began to realise the impact of this, Zorpia had actually sent invites to ALL my 800+ Gmail contacts, which includes some mailing lists (IT-Politisk, DKUUG, Netværksgruppen i Mjølnerparken) and some national politicians – BLUSH!!!

My initial reaction, was that I should write all my contacts and apologise, but that would just amount to more spam, so I decided to wing it.

And all was quiet, that was until yesterday, OMG it happened again, and this time I hadn’t done ANYTHING actively to trigger the mail-avalanche.

But this time around there are more Angels in my web-mail than Demons it seems – people I’d lost contact with are hidden in you list of contacts – and this second round of Zorpia invites actually showcases an interesting and diverse blog – MINE – and I’m actually a little proud of myself, mostly considering the effort I’ve put in it since June 2007.

Gmail is as insecure as an un-patched Microsoft Outlook

Gmail gives a service access to the list of contacts if you pass it your password, Hotmail actually blocks this. Gmail is a insecure as an un-patched Microsoft Outlook, and it works EXACTLY the same as a macro-worm like Melisssa, but Zorpia is much worse, since it is truly cross-platform, because it targets web-mail, not client software.

But the major lesson from this is that e-mail is dead as a form of communication it’s just not secure, and we’re only using it because it’s the only thing we understand.

I hope that e-mail will soon disappear, and we already have the technologies to surplant it, it’s things like Instant Messenging, Wikis and especially services like Jaiku.

It’s my hope that I can close my e-mail in less than 5 years, it is possible to do so already today – if people want to get hold of you, there’s always better ways than e-mail, and I believe that I can stop using my phone for voice calls before 5 years has passed, as it is today, I always keep it on silent.

Bye Zorpia, it’s been a blast

So I’ve terminated my Zorpia account, I hope this is the last time they spam my contacts, but I’m not certain. Again it was actually useful, because it made me face some “Demons” and I discovered that I had lost contact with some “Angels”.

Bye Zorpia it’s been a blast! Fun, teeth-grindingly painful and actually “useful” – poking your contacts brings you to the top of their mind, for better or worse, and it looks like it was mostly for the better!

3 replies on ““Angels” and “Demons” are lurking in your web-mail – kim.bach invites you to join Zorpia”

[…] everyone I knew to join facebook, I should have know better, since I’ve done it before (â€œAngelsâ€ and â€œDemonsâ€ are lurking in your web-mail – kim.bach invites you to join Zorpia) […]