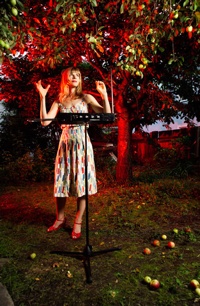 It’s been a while since I wrote about the Jaiku online service, but it’s a service I use all the time, and I love it.

This is, mostly, due to the fact that Jaiku is filled with people, with whom I share interests, but the people there, all, seem to be more interesting than I am, so I can learn new things, and that is the thing in life I love the most.

One of the things I’m very adventurous about is my music, and another of my favourite online services, Last.fm, supports that perfectly.

Yesterday a conversation about Last.fm surfaced on Jaiku:

Translation: It just struck me why I’m so crazy about Last.fm. I can keep it going by doing something, I’d do anyways: Listen to music 🙂

That is correct, Last.fm builds and extends your network by comparing your musical preferences to the other users, and it also gives you recommendations based on your listening habits.

Eventually the question was asked: What do you use it for?

This triggered me to use Last.fm again, something I usually only do once a month, and the feature I love the most, is the similar artist radio.

In April 2008 I travelled to Lisbon, Portugal, and I was so fortunate to attend a concert by Dorit Chrysler, a very talented artist from Austria, that has specialised in using the Theremin instrument, a very strange instrument that you control by moving your hands in the electrical field generated by the instrument, that basically is a bend metal-rod.

So the Jaiku post triggered me into finally ripping the CDs I bought in Galeré Zee dos Bois in Lisbon, listening to them, and then using that to listen the Dorit Chrysler Similar Artists Radio.

And what I dug into, was a wealth of wonderful music, that spans from Opera to Classical Chanson, over Russian Abstract Hip-Hop and even the wonderful Colleen, that I already knew.

Here’s a list of some of the wonderful artists I discovered:

The list goes on, and I’ll recommend exploring the artists that are similar to Dorit Chrysler, you will not regret it.

Last.fm remains one of the most impressive, and genuinely useful, online services – the list of these services is short, the big three are, to me, Jaiku, Last.fm and Flickr.

The picture used here was taken from Last.fm, and is, most likely an official promotional pressphoto, I hope my use here will go under “fair-use”

3 replies on “Last.fm, Jaiku and Dorit Chrysler – a match made in heaven?”

Just found this post via Jaiku which I joined yesterday. I also use lastfm alot and what you wrote struck a chord with me also, its a great way to explore music. Also you might want to check out soundamus.net which will take your lastfm feed and make a new feed of all your artists new music releases. I’ve found it a good way to keep track of everyone, although it may get a little expensive!

Thank you for your comment, and thank you for the tip. Net services still are a lousy substitute for paying your record dealer a visit, but after you’ve done that it’s great that it is so easy to explore similar artists.

Nice blog you have btw.

Thanks and likewise, the serendipidy of the web is really nice sometimes.