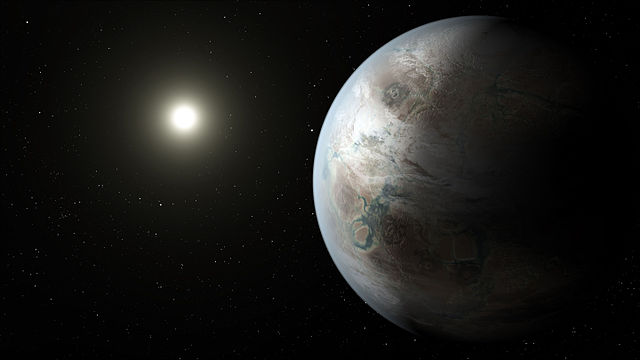 July 23 2015 NASA announced that the Kepler space telescope had found the most Earth-like exoplanet yet:

The discovery of a super-Earth-sized planet [Kepler-452b] orbiting a sun-like star brings us closer than ever to finding a twin of our own watery world. But NASAâ€™s Kepler space telescope has captured evidence of other potentially habitable planets amid the sea of stars in the Milky Way galaxy.

I think that the most impressive fact about exoplanets, including Earth-like, is that we had the imagination to believe that they had to exist, given such small empirical evidence (just one solar system).

This might be a fact of the Universe given the infinity of it on both scales (10 to the positive power and 10 to the negative power.

So there must be a lot of “Earths” out there, and we might have some better guesstimates on some of the factors of the Drake Equation now.

Congratulations to us all with this amazing find, that was science fiction in my childhood!