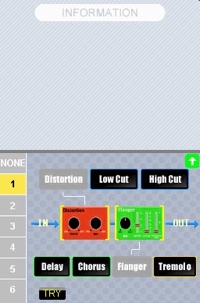 As you might have noticed, I attended the reboot “(un)conference” in Copenhagen last week, and it was great.

I’d like to draw your attention to the feature “Rebooting the Web 2.0 age” on reboot 9 that BBC ran during the “(un)conference”.

Here’s a quote from the article:

The future of the web is being debated at Reboot 9.0, a leading European grassroots technology and design conference in Copenhagen.

The big question here for the start-ups and opinion formers is how to use Web 2.0’s focus on community to build the next generation of web tools and become Europe’s Web 2.0 poster child.

I guess I can forgive the BBC, since the feature is “more than decent” ;-), and they capture some of the spirit of reboot in this quote:

This year’s conference theme is Human? with many speakers grappling with such deep philosophical queries as what it means to be human. One session was called Humanism 101.

Understanding human behaviour and how to adapt those behaviours to technology and the web rather than the reverse is rare for technology devotees.

And Last.fm deserves all the love in the world, iTunes might never know what hit them.

However, it is no surprise as the big subject in the bars and on the grass outside was this week’s sale of London social software music service Last.fm.

Its creator Martin Stiskel, explaining why US broadcaster CBS would want to buy a music preference tool said: “They want to move from a content company to an audience company, giving the audiences control and learning from this and that’s why Last.fm was their choice.”

I’m nominating Last.fm for the price of being the “greatest service on the planet”, even though it makes it look like I have absolutely no taste in music – is it about time to get more discriminating, and start “acting my age, not my shoesize” – nah some people have actually expressed love for my personal radiostation ;-), and I get shouts like this:

(translation from Danish: You’re the age of my father, but your taste in music is unbelievably far from each others. That’s well done! Respect :)).

The purpose of the group, is to have a “permanent backchannel” for the reboot (un)conference, since backchannels, like the Jaiku backchannel from reboot9, has a tendency to “die”.

Missing the brainshift experienced from talking to all the brilliant rebooters? Keep the conversation going between reboots here…

It’s a good idea – that would have been even better, if it was set up, officially, through the reboot website, but because website technologies change all the time, the use of a relatively low-tech solution, like a mailing-list, is a not as bad an idea as it sounds – e-mail still is “the lowest common denominator”.

This might help to avoid the frustrations I experienced, when I learned that the “reboot 8” site had it’s URLs changed, making it appear that a lot of information from 2006, had either been lost, or, at best, made (too) difficult to locate.

“I want my Permalinks”, and I’m looking forward to the continued discussions and next year, where I suggest that the organisers make away with the “Wired style dot-oh-NO” numbering scheme, and just calls the event “reboot”!