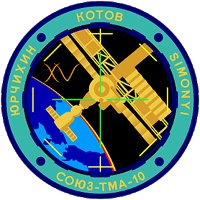 Charles Simonyi is now in space…

It’s almost like a Dane is going to space, since Charles Simonyi lived and worked in Denmark before being hired by Microsoft. He frequently visits Denmark in his Yacht Skat, and it’s impressive. I’ve seen Skat – docked at The Copenhagen Royal Castle – Amalienborg, like pictured in the link above. Skat is Danish for “treasure”, but “Skat” is normally used to express affection for your significant other, and it roughly translates to “darling” – it’s also a play on words, since “Skat” also means “Tax”.

Simonyi is best known – at least by g33k5 like me – for inventing the Hungarian notation – a special style of coding, where you indicate the datatype by prefixing the variable name with a type indicator, eg. nCount and intCount to indicate that Count is a variable that is declared as a number or an integer, szTitle to indicate that the variable szTitle is a zero-terminated string.

It’s an inspiration that someone working in my field can do these things, Charles Simonyi seems to be living my dream.