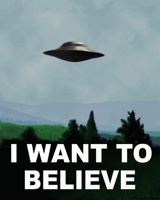 Just watched the Rabobank press-conference from the Tour de France 2007, featuring Michael Rasmussen – the man behind the amazing Tour hat-trick yesterday. Congratulations to Michael, you look sharp in “Jaune”. The result yesterday was impressive, and it almost brought a tear to my eye, I was loudly cheering him on.

But after the initial euphoria, I’m sitting here, beginning to feel queasy.

I WANT TO BELIEVE

At the press-conference, somewhat to my surprise, at least a few journalists dared to ask “the question”: “can we trust you”? “are you “clean””?

Rasmussen looked very confident when he confirmed: that we can “trust him: he’s not using illegal means to get his results” – I want to believe him – but even if the means aren’t exactly illegal, they could be “questionable”.

So: I want to believe Rasmussen, not least because I LOVE professional cycling.

It’s possible we can trust him, even likely, but he’s positively using ALL the legal means – and likely some that are “pushing” it – that money can buy to get his results, as all the top riders have to.

It has, for instance, been unveiled that Michael Rasmussen does “height training”, well he sort of has to – but one of the side effects of training in the high mountains, is that it is, in some ways, the “natural” way of achieving results similar to “blood doping”. Rasmussen also confirmed that he’s using wind-tunnels and I suppose that he might also be using “height chambers”, but that is on my own account. These things aren’t cheating, it’s simply using technology to improve your results. Illegal? No! Questionable? Maybe!

Rasmussen has also been quoted with calling the UCI “Men in Black” – he joked about that today, saying that he thought that the MiB was “Will Smith and this other guy, that run around shooting aliens”. Rasmussen now, cleverly, thinks that the UCI are “just doing their job”.

But…I’d stongly question if it hasn’t gone too far, when you need to consult a staff of medical doctors daily, I thought you only needed to do that a few times yearly, unless you suffer from a “serious condition”. Being engaged in professional sports obviously is akin to having a “serious condition”.

The “Men in Black” can’t gain access, because they would have to fight off the “Men in White” first.

Give Bjarne Riis some love – Sir Bjarne would be nice

For 10 years now the sports journalists has been conducting a witch-hunt against Bjarne Riis, the man behind the greatest sports-result in history by a Dane in an individual discipline, constantly pondering the bleeding obvious: “was Bjarne Riis using illegal means while he was engaged in professional cycling“?. Of course he was, he even indirectly admitted it in 1998, by saying that he had never “been tested positive”. And that’s where it should have stopped. It’s well know that all of the top riders in the 90ies were using illicit means to get the results. So when he finally, bravely, admitted to using EPO it was not even news-worthy, albeit wise and commendable.

Bjarne Riis still deserves to be recognised as a role-model:

He broke the typical Danish attitude of self-depreciation; showed that you can set a goal and achieve it – doing EXACTLY what it took. After ending his active career, he’s managed to take a third rate cycling team, and make it the best in the world, like he said he would.

I’d say he deserves a Knighthood as much as Michael Laudrup. Sir Bjarne – I like the way that sounds.

The journalists should stop the which-hunt – get real – engaging in professional sports has, as mentioned earlier, been akin to a “serious condition” since ancient times – if you don’t like it, stop covering it!

6 replies on “Professional cycling: “I WANT TO BELIEVE””

It was really a nice run by Michael and I honestly believe he is clean. He lives in the mountains and all the training in the moutains gives him a advantage. At the same time he is slower on the normal road, comparede to the socalled “complete” bikers. I am not a directly fan of the sport, but its fascinating me, that a small guy from Denmark actually wins races like theese.

The whichhunt especially against Bjarne Riis is undeserved, the title back in 96′ were maybe won by cheat, but the results later on are well deserved.

My english is a bit rusty since gym….:D, just hope it gets better.

talk to you later, Mr. bach.

Looking forward to meet you on the 28th.

Your English WILL improve, you made some errors, that I’ll be happy to point out, if it would be helpful to you. My written English is constantly improving, even though I’ve been told that I need to work on my spelling – but it sure helps to write in English ALL the time.

That cycling has been so popular in Denmark, and that we had such good riders in the 90ies, is interesting because to succed in professional cycling you have to put the so called Law of Jante, that is so deeply rooted in Danes, behind you.

I think that is what I LOVE in cycling.

It all started for me with “the cannibal” and “A spring-day in hell”, continued with Andersen, Sørensen, Riis and Rasmussen.

Rasmussen: “il est sympa le mec!”, he seems to have the nicest personality of the bunch, and I WANT TO BELIEVE that he’s a bona-fide hero…

And what happened yesterday? A German rider was tested positive, and the German national sportscasters (ARD and ZDF), immediately stopped their coverage of le Tour.

Good call! Time for the media to STOP covering le Tour, but the rider should ofcourse be given the benefit of doubt.

I’m worried: Even though I’ve noticed that the Danish media is surprisingly sceptical when it comes to Tour coverage, I find it questionable that Danish TV2 is using Rolf Sørensen as their official commentator.

And even though Sørensen NEVER tested positive; being one of the top riders (second in the World Cup , Olympic slivermedalist, yellow jersey holder, winner of the Tour of Denmark and several rides including Tour stage wins) in the 90ies means that he’s under (justified) suspision.

Get real: you couldn’t be a top contender in the early 90ies as a “clean” rider, I don’t think TV2 should use Sørensen as a commentator. I want Jørgen Leth back!

Well it turned out that it became a FULL blown scandal. I was on vacation in Italy during “The Tour”, and I can tell you that the formerly bike-crazed Italians were ignoring “The Tour” completely until the “expected revelations” came out. In Rome (before the scandal broke) I asked a bartender if he could switch to “Tour” coverage, he said NO (I suspect because no channel was showing it)! Since Pantani commited suicide and Basso was caught redhanded, I think the Italians have had “issues” with professional cycling.

[…] considering what happened last time I “wanted to believe”, I’m not overly […]