WHAT WOULD BEST DESCRIBE YOUR PERSONALITY?
Mellow Mood – Material

WHAT DO YOU LIKE IN A GUY/GIRL?
Calabi Yau Manifold – Dopplereffekt

WHAT IS YOUR LIFE’S PURPOSE
100 bpm – Mikæl Simpson

WHAT IS YOUR MOTTO?
Sexy Dancer – Prince

WHAT DO YOUR FRIENDS THINK OF YOU?
Le Printemps (For Mona) – Natacha Atlas

WHAT DO YOU THINK ABOUT OFTEN?
Freeland – Big Wednesday

WHAT IS 2+2?
All’ Aurora – Bernhard Lewkowitch

WHAT DO YOU THINK OF YOUR BEST FRIENDS
Mistlur – Martinez

WHAT IS YOUR LIFE STORY?
Sugar Never Tasted So Good – The White Stripes

WHAT DO YOU WANT TO BE WHEN YOU GROW UP?
When The World Ends (Oakenfold Remix) – Dave Mathews Band

WHAT DO YOU THINK WHEN YOU SEE YOU SEE THE PERSON YOU LIKE?
Fourty Days – Sound Directions

WHAT DO YOUR PARENTS THINK OF YOU?
The Ostrich Effect – Dorit Chrysler

WHAT WILL YOU DANCE TO AT YOUR WEDDING?
Hayati Inta – Natacha Atlas

WHAT WILL THEY PLAY AT YOUR FUNERAL?
Zorba’s Dance – The Sirtaki Orchestra

WHAT IS YOUR HOBBY/INTEREST?
Circus – Kelis

WHAT IS YOUR BIGGEST SECRET?
Fynboen – Dirch Passer

WHAT DO YOU THINK OF YOUR FRIENDS?
Kada sva sama – Olivia

HOW WILL YOU DIE?
Who’s My Baby – Natacha Atlas

WHAT IS THE ONE THING YOU REGRET?
Momentos – Andrea Bocelli

WHAT MAKES YOU LAUGH?
At Least You Tried – Neo Geo

WHAT MAKES YOU CRY?
Achilles – Antena

WILL YOU EVER GET MARRIED?
long life – E.T.

WHAT SCARES YOU THE MOST?
The Boy From West Bronx – Future 3

IF YOU COULD GO BACK IN TIME, WHAT WOULD YOU CHANGE?
Dolphin Dance – Herbie Hancock

WHAT WILL YOU POST THIS AS?
Mrs. O’Leary’s Cow – Brian Wilson 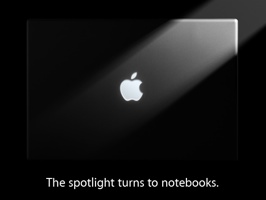 A draft of Steve Jobs’ presentation for the Notebook Event titled “The spotlight turns to notebooks” scheduled to take place on October 14th 2008 in Cupertino, has been leaked.

Since rumour has it that Apple is softening up to rumour sites: if you don’t like me publishing this rumour: SOSUME.

Welcome, and thank you for coming.

One first thing:
Apple has realized that we can’t compete with Linux and has decided to make an investment in Linux. So we’re discontinuing Mac OS X in favour of Linux with KDE, all Mac OS X developers will instead be working on contributing to Linux, ending years of, mostly, passive and luke warm support for the open source movement. Apple wants to appologise for this mal-pratice, and all code will be shared back with the community.

The next version of Mac OS X will be renamed Linux Snow Leopard, and it will be licensed under the GPL – meaning that it can be freely copied, and installed, on any computer.

Linux Snow Leopard is available as a free download from Apple AppStore, and it is available…NOW!

The reason for this change is that captalism, as we knew it is dead, instead of competing to death and the focus on economic growth, that is destroying the planet, human kind will instead work to improve the quality of life for all.

Democratisation of technology will be instrumental in bringing these changes.

Apple wants to be part of this.

(Steve moves the cover on the table, pulls out a picture frame with a picture of Richard Stallman on one side and Nicholas Negroponte on the other side, from this frame he pulls out a beautiful sub-notebook)

So today I’m happy to announce the insanely great TuxBook, developed in coorporation with Asus.

Asus is bringing the change, and since our old notebooks really weren’t anything but repackaged Asus products anyway, we’ve decided that Jonathan Ive will now be working full time making Asuses look cool.

The TuxBook comes with 2GB RAM, 32GB SSD, WiFi, Bluetooth, a 3G modem and A-GPS. It sports 8 hours of batterylife, and can, optionally, be solarpowered.

Demo:
(The splash screen is a Penguin holding an Apple)

The TuxBook will be priced at $99, and it is available…NOW!

Thank you all for coming, and Karl Marx was right.

One more thing:
Since you can’t make money on stock, APPL will be unlisted from the stock exchange, Apple will in the future be a Section 501(c)(3) not-for-profit charity.

One final thing:
How do you like them Apples?

xkcd – A webcomic of romance, sarcasm, math, and language – By Randall Munroe

I love xkcd, it’s way over my own humour, which, frankly, is Benny Hilly, I bow in respect, I’m not worthy :-D.

The ones about academia, often are over my head, but my online buddies Esben, Thøger and Jacob, who introduced me to xkcd, seems to get them (faster) than me, I suspect that they’re not uneducated drop-outs like me ;-).

The computing ones, sometimes, stoop to the Benny Hill level of computing jokes, like this one: 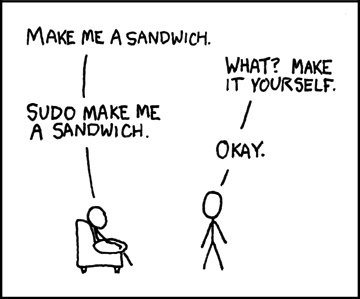 Nah, it’s actually quite profound…Brilliant…For even geekier computing humour check the geohashing wiki, I’ll have to try that!

In case you’ve missed it, this site was defaced by a cracker last week, most likely they were using a robot that used a wounerability in WordPress.

The evidence is mounting, and it looks like it’s the notorious Olaf Pirol – claiming to be the Al-Queda of ICT – that is the evil mastermind behind this vicious and uncalled-for attack on yours truly.

For proof look no further than these sites:

But I fear that the attack will spread during the day.

I’m completely flabbergasted by why he’s targeting me, but I guess that it’s due to the universal Karmic laws, and the fact that I’ve lost two friends within the last 6 months, due to idiocy on my part.

Does this mean that I’m a musician…For clues that I have some way to go, look no further.

Welcome to ICT Mythbusters Episode One – who needs prequels, start your numbering scheme at one!

It’s also premiering a new concept in advertising that will revolutionise it:

Commercials that the host – in this case me – don’t make any money from, so click the banner and support the REAL Mythbusters, if you want to me support, send me some money ;-).

A very famous quote from Bill Gates is:

640KB of RAM should be enough for everyone

Everybody has been laughing at that statement, but was he actually right?

I can access the web in high-fidelity from my Nintendo DS, and any modern phone with Java ME can run the Opera mini browser, and these phones rarely have more than 1MB of RAM. I’d say that approximately 4MB should be enough for everyone.

So Bill Gates was right, or? Why is it that he wasn’t? It’s of course because we’ve moved our storage to the server, as a college of mine was so friendly to point out – actually I think he was quite annoyed with me – but that’s only because he didn’t understand what I meant.

The desktop and portable computer is an anachronism, as I’ve written before, and we need to move ALL the storage to the server – where it belongs, and run only thin clients. VERY thin clients would actually suffice for something like 90+ percent of the worlds business users.

So yes my college is right, yes 640K isn’t enough for everyone, neither is 4MB, but how much is then?

And we’re talking server storage, to cater to the computing needs of the entire world, at the time, not considering the more than exponential growth we’re likely to se in the future.

Help me do the math, or should I just submit it to Jamie, Adam, Toby, Grant and the red-hot Kari. 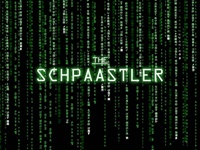 This is part of a lecture by Richard Dawkins, all seven episodes are GREAT, but this segment really drives his points home.

Dawkins is a fantastic lecturer, and it’s tough to find Danish equivalents, the only one I can think of is Jens Martin Knudsen (R.I.P. I’m SO sorry he didn’t get to go to Mars, or see people walking there).

In the 80ies Jens Martin Knudsen did a series of lectures that were broadcast on Danish National Television (DR), I have to go find them.

HAVE FAITH (in scientific method)!

Are you evolved yet? 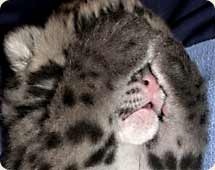